written by Maya Cypris May 24, 2017
Share this on WhatsApp

For portions of their roughly sixty-year history, Sino-Israeli relations were characterized by asymmetry rather than reciprocity, and extended periods of virtually no relationship at all. Israel recognized the People’s Republic of China soon after its establishment, becoming the first country in the Middle East to do so.  However, it was not until nearly forty years later, in 1992, that formal diplomatic relations were officially established between the two countries. This gap is telling of the complexity of Sino-Israeli relations and the evolution of China’s strategy in regards to the Middle East. But despite a rocky start and official recognition period that only spans a short 25 years, the bond formed between China and Israel has already evolved into a strong multifaceted relationship consisting of cultural, political, military and economic ties.

From a historical perspective, the relationship between China and Israel can be divided into four distinguishable periods, each focusing on a different aspect of relations. The first is from 1949 to 1950, a period during which the two countries began a tentative friendship based on mutual support and identification. This era was followed by two decades of cold avoidance from 1951 to 1977– a dark and isolated time for China in which failed reforms and poverty ravaged the country. From 1978 to 1991, a restoration of friendship emerged following China’s newly established opening up policy. Finally, starting from 1992, a new era of diplomatic relations was officially born and has since expanded into a blossoming economic and mutually dependent friendship.

Despite the ups and downs in their relations, one element that has always drawn the PRC and Israel together is their cultural identification with one another– a factor which inevitably leads to the countries’ frequent mutual support of each other. This could largely be attributed to the fact that both countries are culturally and historically similar in many ways. At the end of the 1940s, both of these states emerged from the ashes of the Second World War at opposite ends of Asia. Although they differ tremendously in population and territory, they represent the oldest civilizations in Asia and arguably— in the world. The State of Israel’s establishment in May of 1948 was greatly applauded by Chinese media and the press run by the Chinese Communist Party. Later, in October 1949, the establishment of the PRC was similarly welcomed by Israel, followed by the Israeli government’s official recognition of the PRC on January 9, 1950.

Although their early years of relations had great potential, the Sino-Israeli relationship began turning sour in the early 1950s. China’s involvement in the Korean War worried Israel, and in February 1951, after the UN passed a resolution condemning China, the Israeli cabinet decided that Israel should support the UN resolutions concerning the war. Conversely, the April 1955 Afro-Asian conference in Bandung, which boycotted both Israel and Taiwan, led to the rapid development of Chinese-Arab relations. The Chinese government consequentially began pushing away from Israel and in turn developed closer ties with frequent opponents of the Jewish State— namely Egypt and Syria. Neither the 1956 Suez War nor the 1967 Six Day War further did any favors or caused a discernible improvement in PRC-Israeli relations. On the contrary, the decade only witnessed growing PRC support for Arab and Palestinian causes. Indeed, when the Suez War broke out, Beijing accused Israel of serving the imperialist cause. China during this period was furthermore struggling on an internal level, with its foreign policy heavily constrained by great internal upheavals which lasted through the Cultural Revolution decade. These political events and frequent instability in both regions led to a long-term freezing of PRC-Israeli relations. Meanwhile, Israel’s relationship with Taiwan strengthened greatly during this time, with both nations finding an ally in the other during a time of political isolation. This era of non-relations between Israel and the PRC did not change until the late 1970s, with Mao Zedong’s passing and the subsequent rise of Deng Xiaoping as China’s new emerging leader.

Although no formal diplomatic relations existed until 1992, Israel and China began developing extensive and secretive military cooperation as early as the 1980s during the Soviet War in Afghanistan. As both countries opposed the operation, military cooperation began between the two to assist the Islamic resistance against the Soviets. Some estimate that Israel sold arms worth US$4 billion to China in this period, and the two nations subsequently started exchanging visits of delegations of academics, experts, businessmen and industrialists. Furthermore, a large number of the heavy tanks used in China’s 1984 National Day parades were reportedly provided by Israel from Six-Day War equipment. 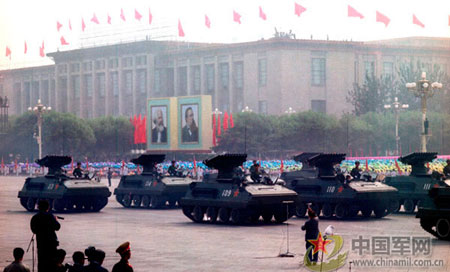 On a macro level, since the 80s China has often turned to Israel for the arms and technology it could not acquire from the United States and Russia, purchasing a wide array of military equipment and technology, including communications satellites. This growing military cooperation and trade gradually softened China’s historic anti-Israeli policy, and yielded an appreciation for Israel’s technological prowess in military and hi-tech fields. With time this led to strong ties forming between two the countries in the commerce and economic sector.

The 1992 declaration of ambassadorial ties between Israel and the PRC became a pivotal turning point in the nature of Sino-Israeli relations. Between China’s metamorphosing into a global economic superpower following its economic reforms, and Israel’s booming tech sectors as well as growing “Startup Nation”, both countries have enjoyed great financial accomplishments in the business sector. Naturally, the shared success and prowess of both countries in their respective fields has caught the other’s eye, and has birthed a love story of sorts between Israeli entrepreneurs and Chinese investors who share a mutual interest for the other’s trade. The resultant partnerships between Chinese and Israeli businessmen have been at consistent record high ever since, with trade volume between the two countries increasing almost 200 times since relations were officially established in 1992, and more than 1000 Israeli start-up companies setting operations in China.  As Israel is considered to be a global leader in innovative technology and sciences, and the massive Chinese market is actively looking to deepen its ties with these sectors as a new stage of its economic growth, both countries have profited greatly from these increasingly warm relations.

Despite the varying nature of the Sino-Israeli relationship over the past sixty years and four distinguishable periods, the friendship between the two counties has on a whole been growing stronger over time. Relations between China and Israel today span across all aforementioned categories.

Cultural Perspective: The evolutionary similarities between the two countries following their independence has preserved an ongoing bond between the two. The Chinese and Jewish people have enjoyed extended histories full of rich culture and traditions, and likewise faced extreme hardships in the 20th century. Despite the unlikely odds, both peoples have persevered and flourished, proving the parallel resiliency and survivalist willpower amongst the two nations. These similar experiences have yielded a mutual identification and admiration between China and Israel, one which has created a more emotional connection that goes deeper than traditional foreign diplomacy relations between nations.

Political Realm: China has for the most part taken a more neutral and careful approach in addressing the Middle Eastern conflict since its 1992 diplomatic ties with Israel. Over the past decades, China has gradually transitioned from the stance of criticizing Israel and supporting the Palestinian Liberation Organization (PLO), to instead supporting a just and peaceful solution to the issue.

Economic, Business & Commerce Perspective: China and Israel’s relationship is only at the beginning of its great friendship. Beyond the mutual interest both countries have in each other, every passing year has seen increased investments, mergers and acquisitions between Chinese and Israeli companies. Indeed, the two countries have vowed to cooperate on technological innovation together, particularly in the areas of renewable energy, telecommunications, modern agriculture and bio-medicine. With the winning dynamic of “invented in Israel, expanded in China”, the budding business relationship between the two nations has great promise to become the new global economic power couple.

Ultimately, as mentioned earlier, it is interesting to note that the four distinguishable periods of the Sino-Israel relationship each broadly correspond with a general theme. This is likely due to the fact that both Israel and the PRC were established around the same time and thus embarked on similar journeys to consolidate their status and find their footing in the world. Hence, in the early years, as both countries were more unstable, they naturally had to size each other up and identify their respective place in world affairs as new established countries. In the later years during China’s opening up after 1978, the two countries could then begin reevaluating each other to identify the mutual benefit from joint relations. This parallel development has created a rather unique timeline of diplomatic relations between two nations– one that has rapidly evolved in both scope and nature in accordance with the changing times.