written by Julien Legrand March 5, 2017
Share this on WhatsApp 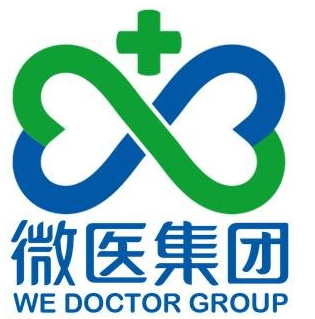 The Chinese healthcare system is facing huge challenges with, on one hand, a greying population, multiplying chronic diseases and poor health literacy and, on the other hand, too few qualified doctors working in overcrowded top tier hospitals while lower tier ones are deserted. eHealth solutions are today multiplying to address the very obvious needs for higher quality of care and the associated market was recently estimated to reach USD 110 million in 2020 by BCG.

After examining the eHealth strategy of the “BATX”, Baidu, Alibaba, Tencent and Xiaomi, the Chinese equivalent of the American GAFA (Google, Amazon, Facebook, Apple), I wanted to analyse the investment distribution pattern among all eHealth start-ups. 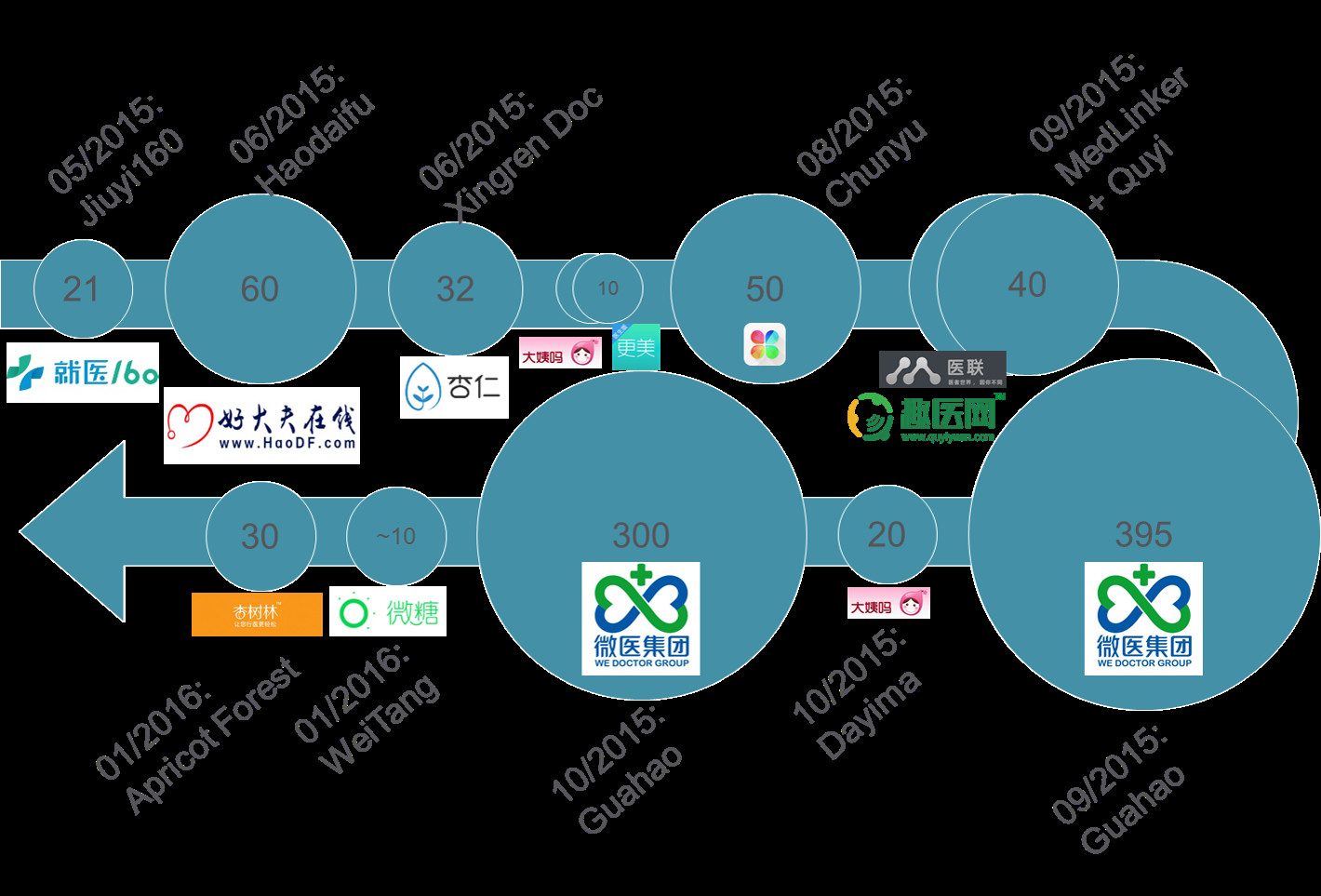 The last two years have been rich in investments, with a total of ~ USD 2 billion poured into eHealth solutions in China. Many investments are highly interesting to analyse but one start-up attracts way more attention than all the others: Weiyi (WeDoctor), previously known as Guahao. This article analyses its business model and the reasons why it was so successful at raising money.

Weiyi Group was created in 2010 in Hangzhou under the name of its first and now core online platform, Guahao.com. It stands out of all the other eHealth start-ups as it attracted an astonishing 40% of all investments in eHealth start-ups over the past 2 years: it raised USD 695 million in 2015, 100 million back in the end of 2014 and an extra 20 million in January 2016, turning it into China’s very own eHealth unicorn with a total valuation of USD 1,5 billion. It attracted well-known and solid investors, both local and international, such as Tencent, Fosun, Goldman Sachs, Hillhouse Capital or the China Development Bank. Why is its business model worth so much? I had to have a look:

Weiyi Group’s main business can be analysed as a two-sided marketplace: it needs to attract hospitals and doctors on one side, as well as potential patients on the other. The service it provides is therefore to better connect the latter to the former. Nothing very original so far, as two-sided markets have popped up almost everywhere in our digital era. Let’s go deeper into how Weiyi actually makes it work:

From the side of hospitals and doctors, the latest figures released by the group stated 1,600 hospitals registered on the platform, along with 150 000 physicians. Weiyi has adopted an interesting yet highly challenging strategy to partner directly with hospitals and not just asking for physicians to register on its platform, a strategy that its main competitor, Chunyu Doctor, adopted. Chunyu Doctor was created in 2011 and did not manage to scale up as quickly as Weiyi, raising only USD 50 million in August 2014 and nothing since then, proving that investors find Weiyi’s business model much more robust than Chunyu’s.

Second, Weiyi Group has managed to create sufficient traction to attract a user base of 100 million, the largest community gathered around an eHealth start-up in China. Part of this success was made possible by its integration within Tencent’s WeChat ecosystem. Tencent was present in at least two rounds of Weiyi’s latest fundraising (the participants in the two latest rounds last January and last October were not disclosed). Tencent made moves to integrate Weiyi within its own ecosystem of services based on WeChat and its electronic wallet. Weiyi is therefore accessible within the “Public Services” section: the user has the choice between various services, from paying electricity bills to finding the closest swimming pool, including finding the nearest hospital, which leads to Weiyi’s services. It seems, however, that WeChat is also using other similar services to Weiyi – sometimes the official solution of the nearest hospital itself – probably in an effort to cover the largest number of hospitals possible (this should be noted as an actual and serious disintermediation threat for Weiyi).

Weiyi’s service portfolio itself can be divided into 5 categories. It permits consultation bookings through the internet or its app as its first and core activity: one can filter hospitals and doctors by their location, their specialities, their reviews, etc. Second, it enables patients to access remotely to doctors’ diagnosis, not only through online and phone consultation but also by sending pictures and chatting with doctors. Weiyi Group decided to invest US$ 300 million specifically for this service in 2015, a bit more than 40% of the total value of the investments it received that year. Third, it has a wellness activity, providing guidance on how to better care for one’s health in daily life. This one is coupled with a WeChat Offical Account providing insights and enabling WeChat users to access Weiyi’s services from WeChat. Fourth, Weiyi’s customers can access to a team of experts to answer their questions. Last but not least, Weiyi has developed a surgery service, investing USD 150 million in 2015 – about 22% of the total value of the investments it received that year – to build its very own brick-and-mortar surgery centres, certainly in an effort to further expand its activities and begin to free itself from the bureaucracy and the slowness of Chinese hospitals. It is a difficulty faced by many of the eHealth start-ups and a great challenge even for large and influential actors such as Baidu, Alibaba or Tencent as they try to develop their health activities. It should be noted that such an initiative can also be interpreted as an attempt from Weiyi to create its own laboratory to further understand traditional hospitals’ digital needs and the ways in which it could meet them.

Let’s sum up : Weiyi (WeDoctor) Group has raised about USD 815 million since 2014, thanks to a business model focusing 1) on getting full hospitals on board and not only individual doctors and 2) attracting a large user base especially thanks to its partnership with Tencent’s WeChat. It has developed a large portfolio of products, all of which aim at simplifying the life of patients looking for information, preliminary check-ups as well as registrations for consultations. Last but not least, it started to go “physical” by building its own surgery centres in an effort to better explore how digitalization can benefit such organisations and as a potential way to further develop independently from traditional hospitals.

Julien Legrand received his master degrees from Mines ParisTech, PSL Research University and Peking University’s Yenching Academy. He wrote his first master thesis on innovation strategy for tech companies and his second one on Chinese innovation ecosystems. He worked as a strategy analyst for Orange and Air Liquide before joining The Boston Consulting Group in 2017. He writes on tech start-ups innovation and digitization of multinational companies.

Keen on investment and innovation in Chuna.