written by Maya Cypris December 29, 2016
Share this on WhatsApp

Tencent’s WeChat is a few moments away from rolling out what could be the end of App Stores. Ironically, this big threat to the smart-phone application industry carries a deceptively innocent name— Mini Apps.

WeChat’s revolutionary new feature essentially sounds like ‘application inception’— “an app within the WeChat app”, according to Zhang Xiaolong, Tencent’s Senior Vice President. While the necessity of such a feature may not be immediately apparent to the average smart-phone user, there is far more to be gained from Mini Apps than initially meets the eye. For one, Mini Apps provide the essential quality of convenience—turning WeChat into a truly all-encompassing platform that successfully addresses people’s natural affinity for simple, all-in-one products. This arguably, is essentially the very essence of Chinese innovation.

“These are apps that you don’t need to install; you can open them simply by searching or scanning a QR code”, says Zhang Xiaolong.

The other immediate advantage of the Mini Apps feature is saving crucial smart-phone memory. In an age where apps spread far and wide and provide an array of niche services, people tend to accumulate tens to hundreds of apps on their phone, resulting in rapidly diminishing storage space. By having only one application provide virtually any scope of functions, people can save storage space by housing just a single application on their phone. As such, WeChat can also afford to further enhance and upgrade its platform to far surpass its competitors, as saving phone space allows the application to make itself heavier. An additional positive side-effect of this concept is that it allows for easy transfer of apps.  Since Mini Apps work within WeChat, they do not need to be individually re-downloaded when mobile users encounter any of the typical smart-phone woes that require a new phone.

Despite the apps all existing under one platform however, initial screenshots from the Mini Apps beta-testing mode shows that WeChat has thought ahead to make sure this transition from regular apps to Mini Apps is as subtle as possible. To avoid a cluttered look within WeChat, shortcuts can be made for each Mini App, allowing them to be displayed regularly on the phone menu as before. So while users essentially feel they are using the same individual apps they are accustomed to, the magic of saved storage, easy transfer and more happens behind the scenes. The effects of this subtle convenience is that users subconsciously become more and more reliant on WeChat to cater to all their needs. 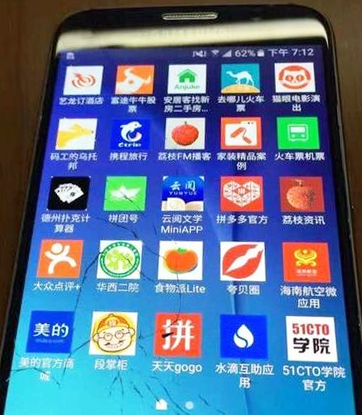 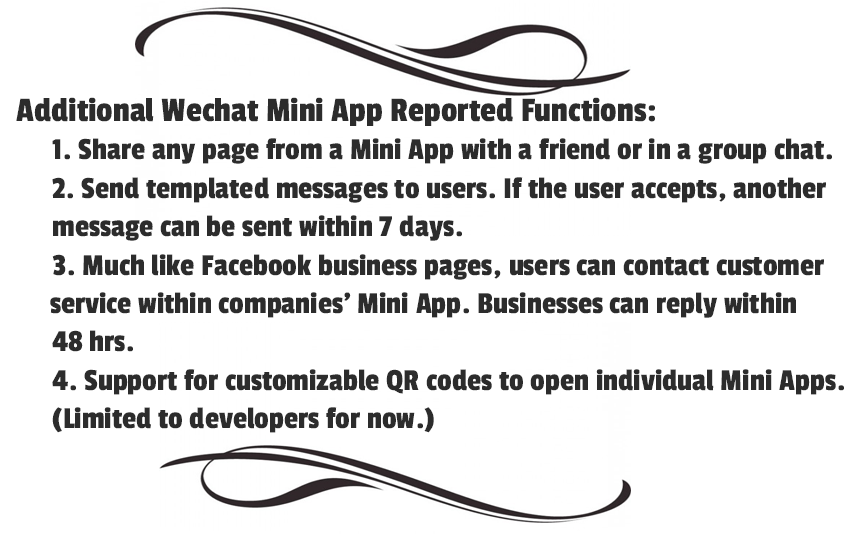 Indeed, the Mini App concept seems destined to become one of those few revolutionary products that come only every so often where people don’t realize they need it, but can’t live without it once introduced. This looming threat, of course, has not gone unnoticed under the watchful eye of smart-phone industry giants such as Android and Apple, both of whom realize Mini Apps could mean the end of their application stores. As such, the balance of powers may not shift so easily, as it seems likely these market monopolies would simply counter by blocking WeChat on their platforms should the app stubbornly continue with its plans. Without its main hosts, this would be a hard and damaging blow to Tencent.

Ultimately, the prospects of this new direction Tencent is taking are vast and fascinating. Will Mini Apps be released and be as revolutionary as promised? Will Tencent succumb to industry pressure? Or will the company perhaps adjust the nature of Mini Apps to make them seem less predatory, but rather complimentary, to the existing smart-phone market? The extent of impact WeChat’s Mini Apps will play on the smart-phone industry dynamic is yet to be seen, but it seems clear that their market entrance will undoubtedly cause waves of some degree.