written by Maya Cypris March 2, 2016
Share this on WhatsApp 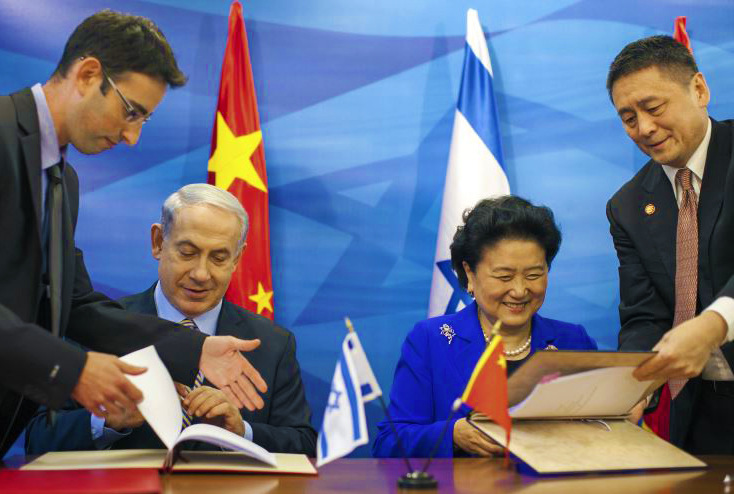 Only three short decades ago, China was a country that was largely perceived as being bizarrely foreign, isolated and far too different from our Western world to even try to understand. But as time has passed and reforms swiftly enacted, China has quickly changed before the world’s very eyes, becoming a global superpower and ironically, an impressive leader in capitalistic growth and economic supremacy. Appropriately, these changes in China’s branding and it’s increasingly “Western” appeal have led to an influx of eager businessmen arriving in China with the hopes of enjoying a piece of the “prosperity pie”. Call it the new “American Dream”, if you will. Even little Israel, aka ‘Startup Nation’, has seen its own growth of Israeli entrepreneurs and investors flocking to China in recent years. However, as many of these hopefuls have soon realized, despite its changes, there are still numerous challenges involved with engaging in business with China. As a result, many prospective business deals have often ended in vicious reality checks and a brutal popping of the naivety bubble for foreign entrepreneurs. China is still a country very different from our own, one that is exceptionally proud and protective of its long and impressive history, culture and traditions, and also one that is still rather wary of Western imperialism following the numerous traumas undergone in the past century. At the core of China’s vast business culture lay the philosophies and value systems that have governed Chinese society for over two thousand years.

Understanding these traditional themes and values is key to understanding the source behind the business mentality and manners of Chinese negotiators. Perhaps most distinctly, elements of Confucianism can be frequently observed in many characteristics of Chinese business mentality. One of the main themes of Confucianism is the stress placed on reciprocity in any relationship, be it personal or business. Thus, just as there would be a mutual expectation to always assist and support family members, this familial orientation is channeled into the Chinese business world through the concept of “guanxi” (關係), meaning personal connections. As part of guanxi, favors in business and negotiation are trust-based and reciprocal, with both sides expected to hold mutual respect and a genuine care for the other’s best interest.

What many a dejected foreign entrepreneur or investor in China has failed to realize is that building true guanxi is a long and slow-moving process, one that requires a great deal of another Confucian value– patience. Unfortunately, patience is a term little known in the Western world and especially in Israel, a country where immediate action and fast results are highly sought after. A further hindrance to achieving guanxi lies in two centuries of exploitation, humiliation and trauma the Chinese have suffered at the hands of foreign imperialists. This has imbued in the Chinese a deep mistrust of foreigners, with the result being that Chinese use very different rules and ethics in dealing with insiders and outsiders. While friendship is a privilege reserved for trusted insiders, outsiders are held to arms-length relationships in which Chinese businessmen are unafraid to employ tough, unyielding bargaining tactics motivated by nationalistic emotions. Though foreigners can indeed cross the line from outsider to insider in the eyes of Chinese negotiators, to do so they must prove themselves as being worthy of trust. This can be done by showing interest in developing an interdependent personal relationship beyond that of a business deal, as well as by valuing and respecting the Chinese mentality, culture and codes of conduct.

An additional strong-rooted concept that determines much of how Chinese businessmen conduct themselves in negotiations is the notion of “saving-face”, a mentality that aims to avoid conflicts and maintain the Confucian virtue of harmony. As a person’s status, reputation and social standing rest on saving face in the Chinese business culture, it is extremely important to preserve it and help others preserve it as well. The Chinese action of saving face is equivalent to the Israeli concepts of prestige and dignity. As such, it is critical to the achievement of success and power. If one side insults or embarrasses their partner, they are not only ruining the positive atmosphere and harmony of the exchange, but more significantly—the business deal. One of the most common methods employed by Chinese negotiators to save face is by being indirect. The Chinese culture is one of understatements in which not everything needs to be explained or explicitly stated, especially regarding negative feedback. This is in stark contrast to the common behaviors of Israeli business people, known for their direct honesty, ruthless persistence and fierce bargaining tactics. The result is often that Israeli business mentality clashes severely with that of the Chinese, thus leading the potential Chinese partner to lose face which can have disastrous business consequences.

So where does this leave our big-dreaming entrepreneurs? It is important to note that despite the obvious difficulties and barriers, succeeding in China is essentially no different than succeeding in anything else. Achievement typically doesn’t occur with a snap of the fingers, but rather requires a lot of patience, persistence and tolerance. So instead of being discouraged from trying, the key to transcending these cultural barriers and miscommunications rests in understanding our fellow Asian partners and truly appreciating their unique background.

Really interesting and insightful! Thanks so much 🙂

This article is eye-opening and insightful. Thank-you!